4 Factors that Could Affect Wireless Promotions in Q1 2022

This report explores how heightened competition in prepaid, chip shortages, 3G shutdowns, and the 2022 Winter Olympics might impact wireless marketing and promotions in Q1 2022.

Although Q1 is always a heavy marketing and promotional quarter for prepaid wireless because of tax season, there will be several ways marketing of tax-time offers in Q1 2022 will look different from previous years.

Verizon will (most likely) own Tracfone’s entire slate of prepaid brands by the end of 2021, so we could start to see a reshuffling of the Tracfone brands as early as Q1 2022. Verizon might increase the marketing investment behind the Tracfone brands it preserves, driving greater awareness of them, heavying up on its network messages, and bolstering interest with tax-time deals.

Metro by T-Mobile (and T-Mobile) service and devices are now available in Walmart (as of Oct. 18). As such, prepaid buyers will now have a new option to consider on the Walmart shelves.

Expect T-Mobile to ramp up in-store marketing and feature Walmart stores as a place to access tax time deals. T-Mobile may amplify T-Mobile Money messaging in-store and beyond, and find ways to make it more attractive to Metro customers as a way to further differentiate in a competitive prepaid market.

The ongoing chip shortage may contribute to even less postpaid offer activity in an already promotionally slow quarter. If OEMs cannot keep up with demand in Q4 2021, Q1 2022 may be a quarter of “catching up” with holiday device deliveries. This could mean a lull in postpaid promotional offers on the latest devices, as carriers try to fulfill existing orders.

With many customers purchasing new devices in Q4, device education will be central for Q1 2022. But carriers will need to hold off on sending educational emails or other resources to these new device purchasers until they have their devices in hand.

T-Mobile will shutter Sprint’s 3G CDMA network in January, and AT&T will sunset its 3G in February. Although communications have been going out to affected customers, those who delay upgrading will find themselves without service in Q1 2022, which could ignite switching activity.

AT&T says only 2.7% of its customers would be impacted by its 3G shutdown (approx. 2.7 million subs). However, AT&T also powers MVNOs. One is Consumer Cellular, which services primarily older consumers who could be caught off-guard by the change, despite Consumer Cellular’s communications. 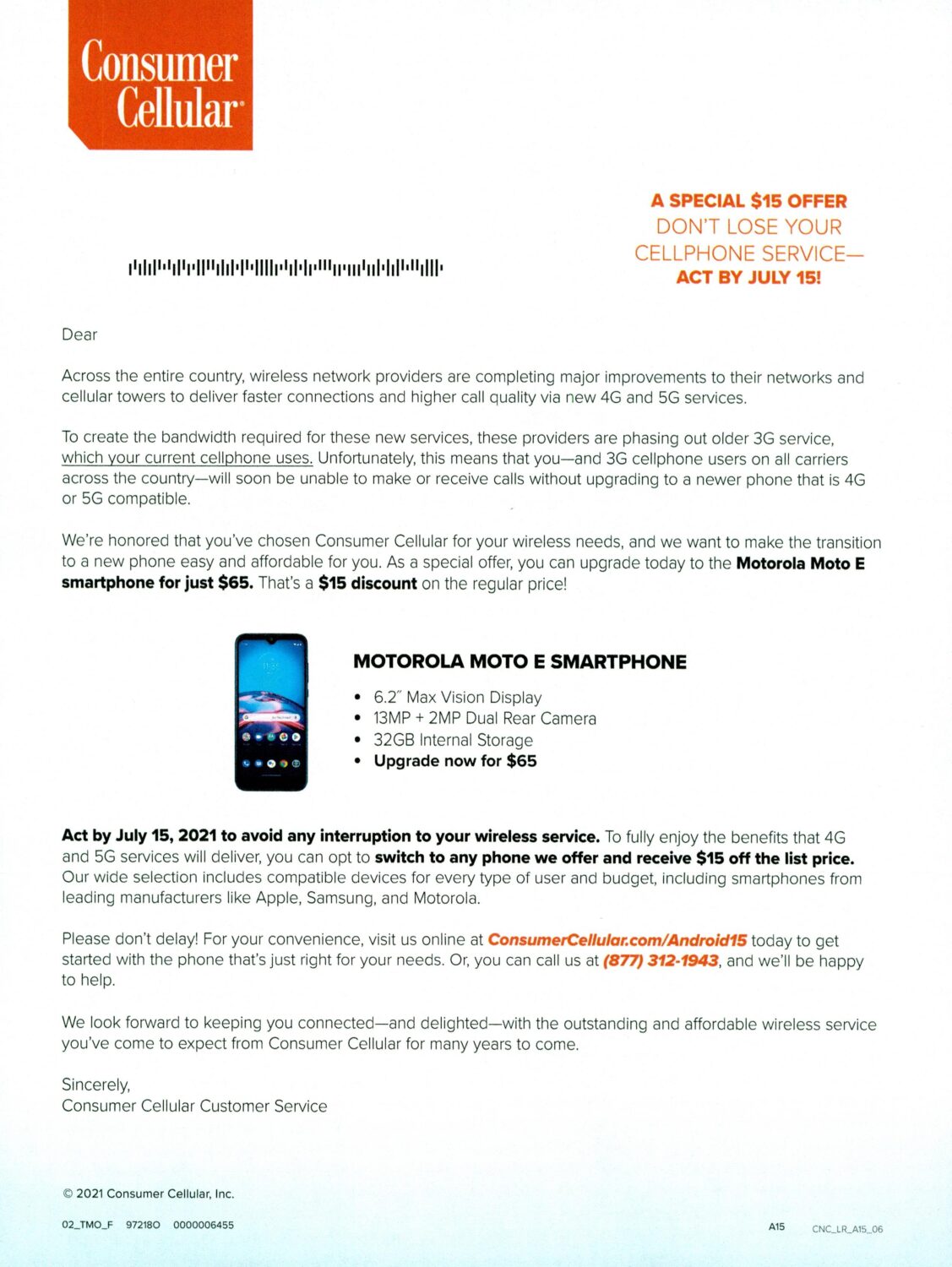 As a result of the Sprint 3G CDMA shutdown, 9 million Boost Mobile subscribers will be impacted, according to Boost parent company Dish. In Q4 2021, Dish hopes to mitigate the impact by promoting its first proprietary device, the Celero5G, going for only $50 with a current offer. If Dish is unable to migrate Boost 3G customers in time, it could drive up switching activity in the prepaid segment in Q1. 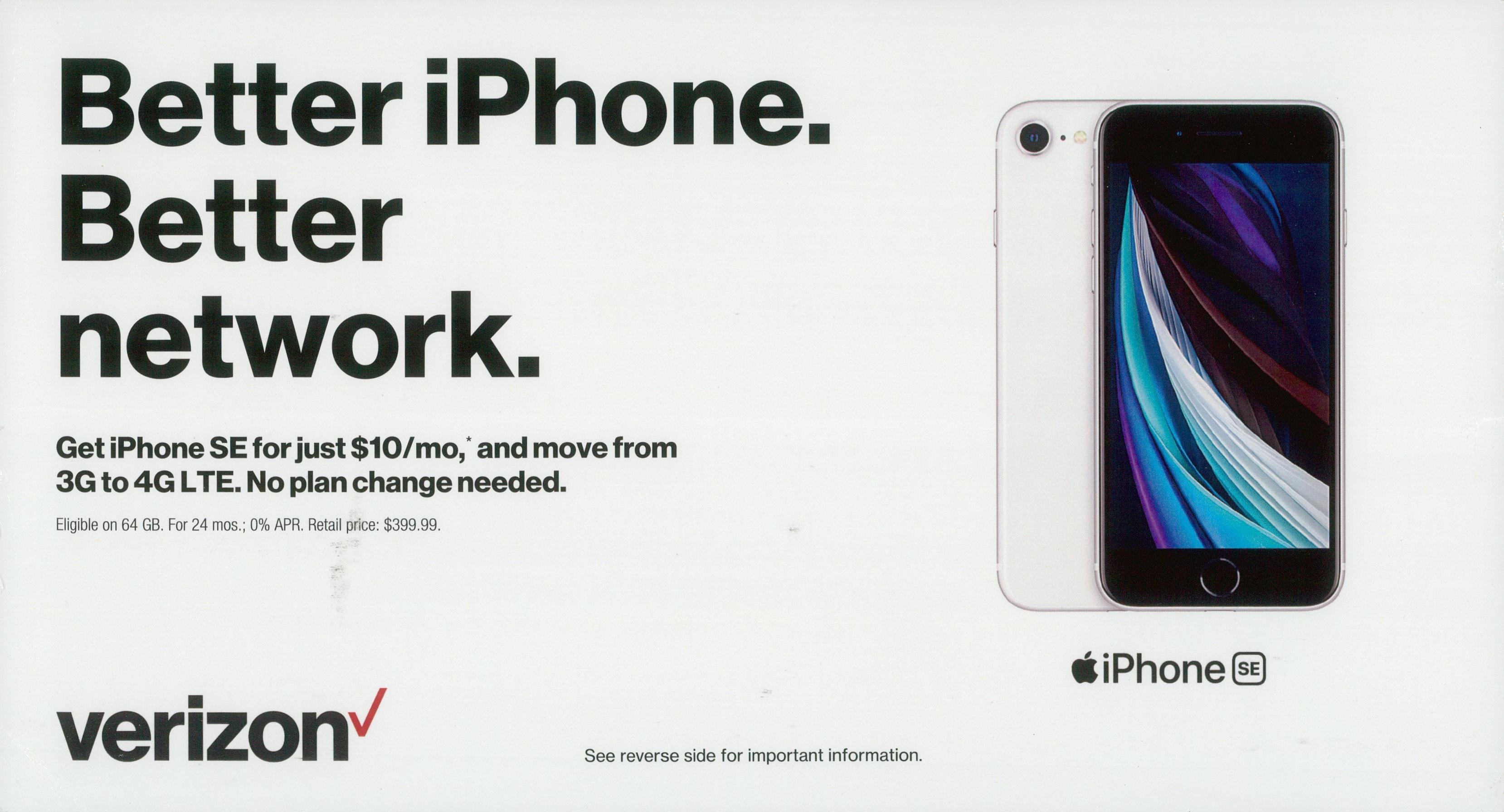 Competitors may look to swoop in with special offers for 3G device owners whose service is getting shut off in Q1. They will, however, need to tread carefully with messaging, since every carrier will be shutting down older networks in the near future.

In the meantime, upgrade offers communicated via email and direct mail will continue.

Q1 2022 will offer the usual fare of live events, such as the Super Bowl and awards shows, but will also include the lineup of 2022 Winter Olympic Games, opening up opportunities for advertisers to heavy up on marketing to broad audiences.

Specific to wireless, carriers might expect to see Comcast heavily investing in Xfinity Mobile and internet as part of its Olympics-themed marketing, as it did in 2021.

These efforts could draw more attention to Xfinity Mobile at a time when the Olympics are top of mind for many consumers, especially if Comcast expands its offer of a free line of Xfinity Mobile service with Gig-speed Xfinity WiFi, which was first observed in Q3 2021.

Creative Direct Mail Marketing and Sales Direct Mail Direct Mail Special Reports emilygroch
Channel Sponsors
BRAND United is made possible by the teams and companies who are the driving force behind innovative technologies that allow brand owners and marketers to create a unified customer experience.