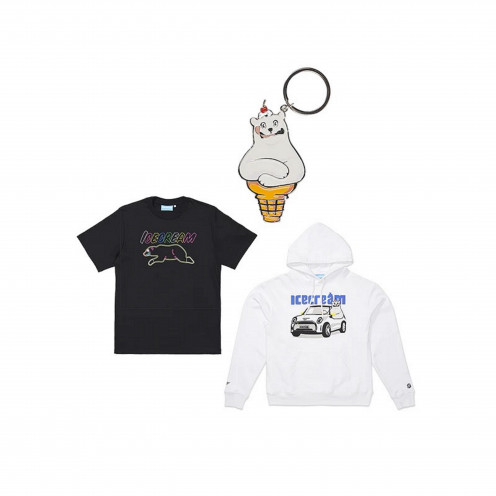 It makes sense that a brand called Ice Cream would want to help protect arctic environments and animals.

Ice Cream, a subset of Pharrell Williams’ Billionaire Boys Club brand, teamed up with BMW to create a line of merchandise celebrating the new Mini Electric in Nanuq White.

The apparel capsule includes a keychain of a polar bear trying to lick its head, which is topped with whipped cream and a red cherry; a hoodie featuring a polar bear hanging outside of a Mini Electric; and a T-shirt featuring a running polar bear, parodying the running dog logo Ice Cream has used in the past. On the back of the T-shirt is a paw print “representing the positive steps being taken towards saving polar bears’ melting habitats.”

All proceeds from the apparel capsule will go toward Polar Bears International, which works to protect polar bears and the Arctic region through science, media and advocacy.

“Mini is always looking to find impactful and unconventional ways to affect positive change in the world, especially when it comes to sustainability,” said Rah Maharani, head of brand communications at Mini USA, in a press release. “It is why we are pleased to partner with Ice Cream and NTWRK to amplify the environmental advocacy of Polar Bears International in a fun and exclusive way.” 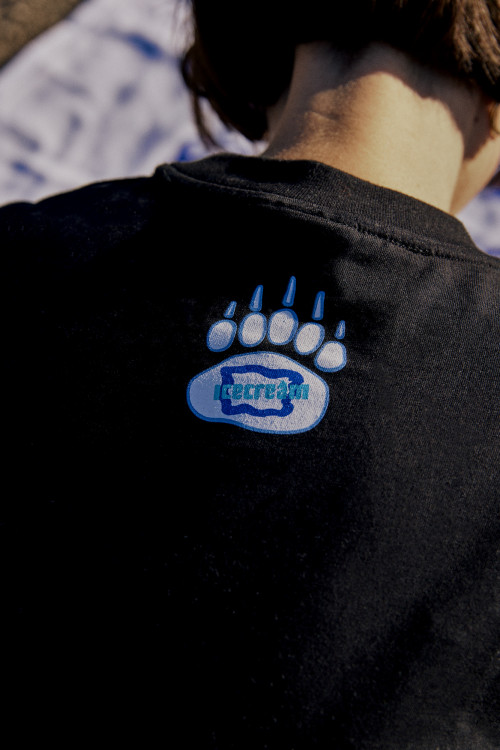 Fun and exclusive is pretty much the way of the world when it comes to branded partnerships these days. Brands have been emulating streetwear brands like Supreme to release limited edition capsules, and release them on platforms like NTWRK, which also supported Burger King’s branded crown, Panera Bread’s T-Pain capsule, Cheetos’ Adidas line, and Machine Gun Kelly’s DIY screen printing kit.

“Our team is honored to spearhead this partnership with Mini USA and Ice Cream,” NTWRK CEO Aaron Levant said in the press release. “We are driven by bringing brands together, but we’re also driven by brands charting ways they can give to charitable initiatives. In this case, it’s ensuring a future for polar bears with the help of Polar Bears International, who’s doing just that.” 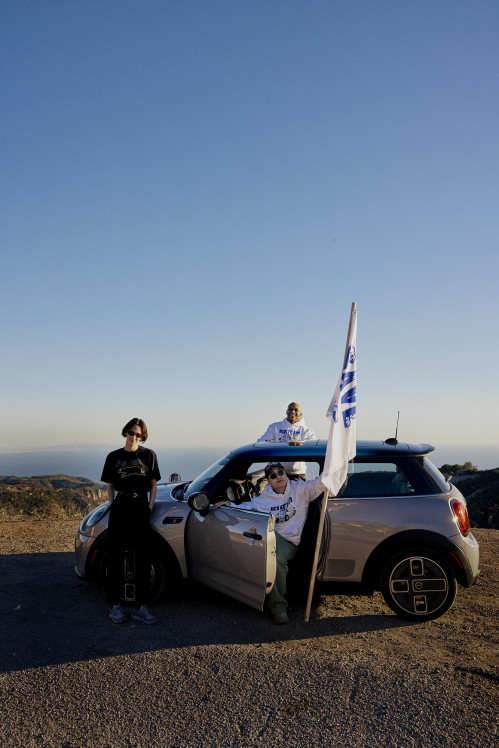 It’s the picture of a modern promotion: It uses a hyped-up apparel brand to create merchandise and apparel that uses its own logos in creative ways and integrates the partner’s. In this case, it uses a polar bear, a Mini car and well-known Ice Cream imagery. Also, something simple like a keychain brings it all back to the original intention: advertising an automobile.

This doesn’t mean that every apparel promotion you work on has to be a streetwear drop to remember forever. But it means do more than just use one logo. Taking the time to do fresh design work and tell the brand stories together goes a long way.

Cause Marketing/Corporate Partnerships News brendanmenapace
Channel Sponsors
BRAND United is made possible by the teams and companies who are the driving force behind innovative technologies that allow brand owners and marketers to create a unified customer experience.