The NCAA Division I Men’s Basketball tournament has been played every year since 1939, that is, except for 2020. Last year, as the pandemic spread, the tournament, nicknamed “March Madness” was canceled. March Madness returned this year from March 18 to April 5, but it looked vastly different than it had in years past with attendance limited to 25%. Although the past year will be impossible to forget, the return of the tournament was a refreshing hint of normalcy and cause for excitement among basketball fans.

The excitement surrounding March Madness this year played a big role in the March Madness-themed marketing campaign launched by Great Clips, in support of its partnership with the NCAA, according to a press release. The release explains that the North American hair salon brand decided to “lean into the heightened excitement among fans after last year’s tournament cancellation by celebrating the exhilarating, unexpected, and unique moments that define March Madness across its social channels” and with a multichannel marketing campaign that included television and digital advertising, and in-salon signage.

In an email to BRAND United, Lisa Hake, VP of marketing and communications for Great Clips, explained that the mission behind the campaign was to show that Great Clips stylists “don’t just cut hair.”

“We’ve seen firsthand the valuable role that Great Clips stylists, as well as stylists across the country, have played in helping us all feel more comfortable and confident during the pandemic,” she wrote in the email. 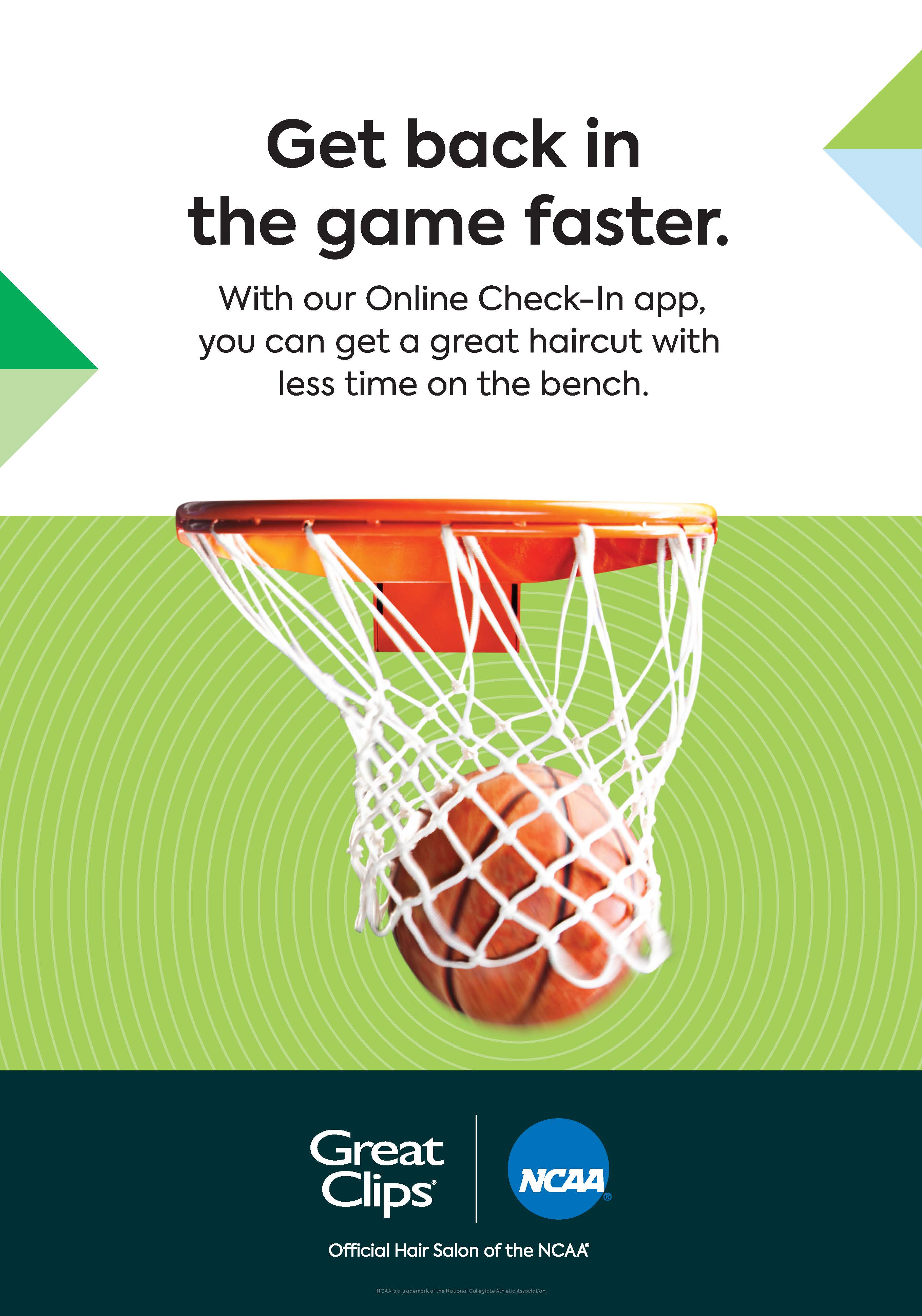 As a showing of gratitude and support, Great Clips debuted a 30-second television commercial on ESPN2 on April 1, designed to thank the more than 35,000 stylists.

“We wanted to leverage our platform as an NCAA partner and our position as the world’s largest salon brand to bring the message of gratitude for hairstylists in our ‘Thank You’ spot to the millions of people tuning into March Madness,” she continued.

The campaign went further to include an extensive social media campaign with the tag #HairRaisingMoments, that Hake explained “leaned into this idea that every moment of March Madness was going to have heightened excitement – whether it was the first tipoff, a buzzer beater, or a Cinderella win.”

The social media effort and the television ad were paired with digital ads and signage to drive the message home. On social media, Hake explained, Great Clips shared a variety of content, including polls, quizzes, and GIFs tied to trending moments. 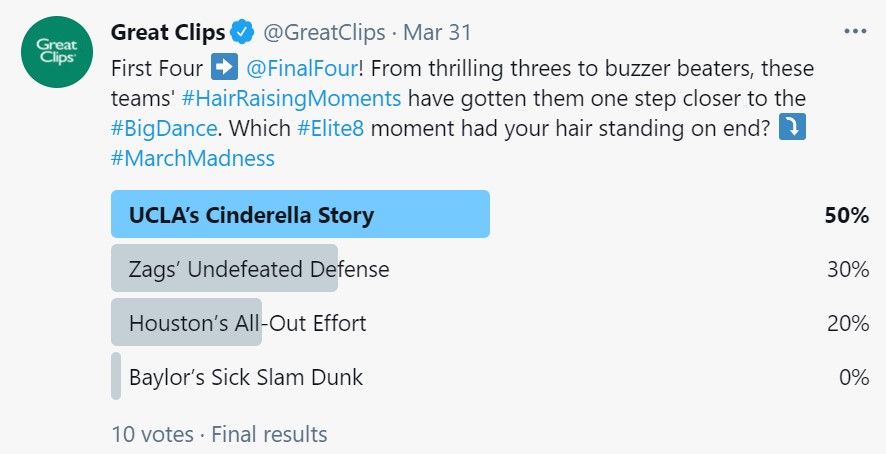 The campaign was rounded out with printed signage showcasing the campaign and reminding fans of Great Clips’ partnership with the NCAA at 4,400-plus salons.

“Our national television ads and digital ads allowed us to reinforce why Great Clips is the best hair salon to look game day ready,” she said.

With so many moving parts, it’s reasonable that Great Clips would want to begin the planning process well in advance, however, with the uncertainty that has been the “normal” for the past year, it wasn’t that simple. Hake explained that Great Clips would typically begin planning an integrated marketing campaign months ahead of its launch.

“Consistent messaging is very important when developing a holistic campaign, but we also tailor our message and approach depending on the channel and platform we’re communicating on,” she explained. “After last year’s tournament was canceled due to the pandemic, we knew we needed to be ready for anything, so we applied those learnings to this year’s campaign to ensure that we were prepared.”

“We saw great engagement with our customers and college basketball fans on social media through our Hair-Raising Moments campaign throughout the entire tournament,” she said. “We’ve also received positive feedback on the ‘Thank You Stylists’ TV spot.”

Credits for the Great Clips “Thank You” ad:

Advertising Wide Format Brick & Mortar Store TV News Awareness Retail ashleyroberts
Channel Sponsors
BRAND United is made possible by the teams and companies who are the driving force behind innovative technologies that allow brand owners and marketers to create a unified customer experience.