With the way inflation has been going this year, shoppers everywhere are looking for a way to save some money — and maybe earn a little extra money on the side — during this year’s holiday shopping season.

According to a LinkedIn post by Dana Marineau, Rakuten’s Chief Marketing Officer, Rakuten’s own consumer research said that consumers are still skeptical about Cash Back. Because of that, Rakuten decided to create a special, immersive “Sleigh Your Shopping” pop-up event, Rakuten’s first in-person holiday shopping event. 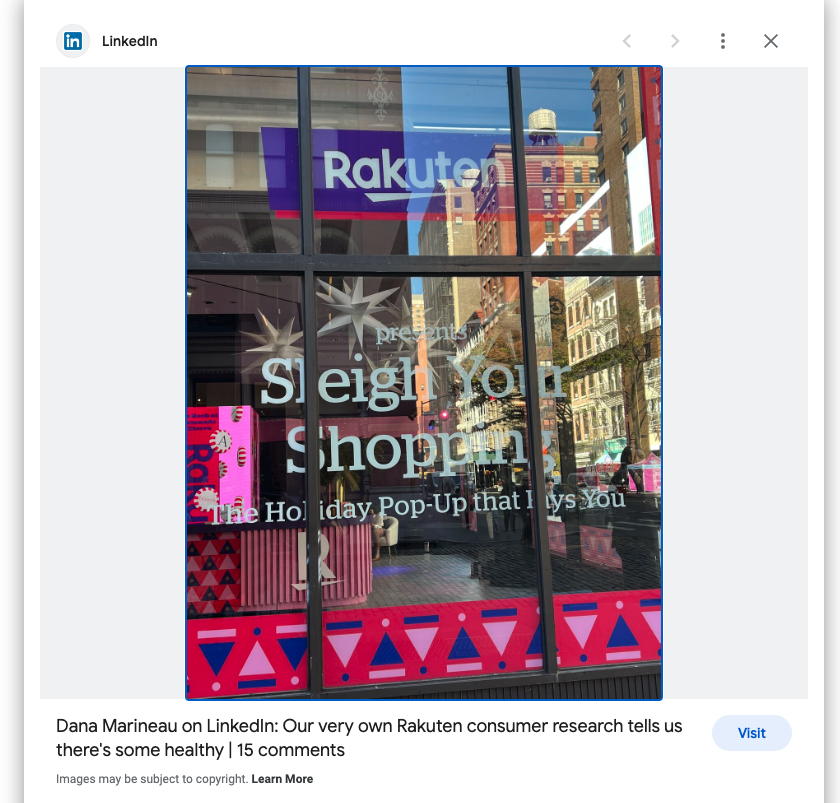 Over the November 12-13 weekend in NYC, consumers were able to shop from a variety of retailers across beauty, fashion, wellness, and more including INBLOOM, JVN Hair, Patrick Ta Beauty, Favorite Daughter, UGG, Naadam, Eberjey, Quay and Aurate. Shoppers were able to score 10% Cash Back in-person at the event (yes, cash in hand) as well as receive an additional 10% directly to their Rakuten account. 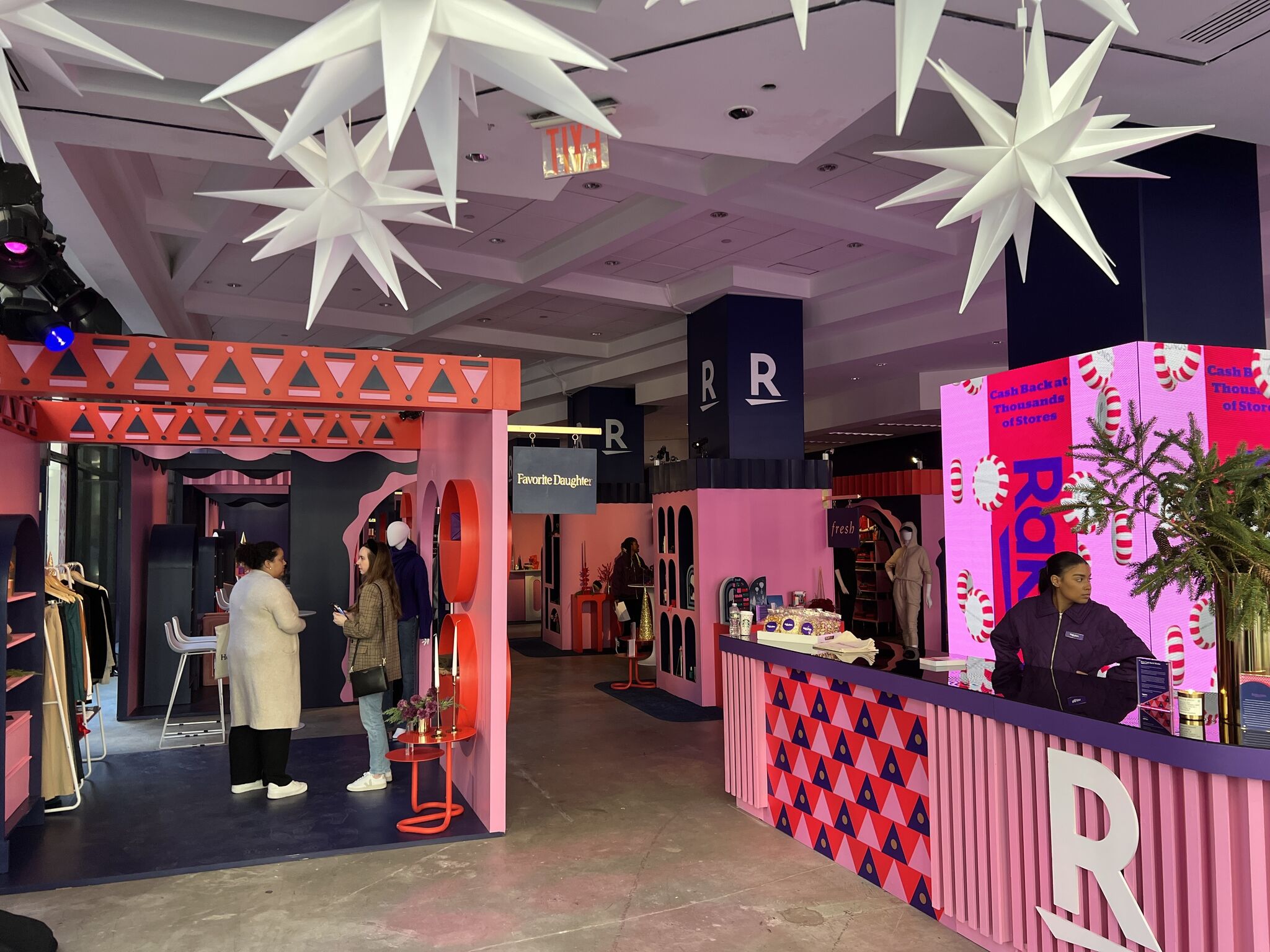 Not only did it feature some high-end brands, but the wide-format graphics that appeared from the windows outside and all the way through the pop-up certainly added that holiday bling shoppers expect this time of year. 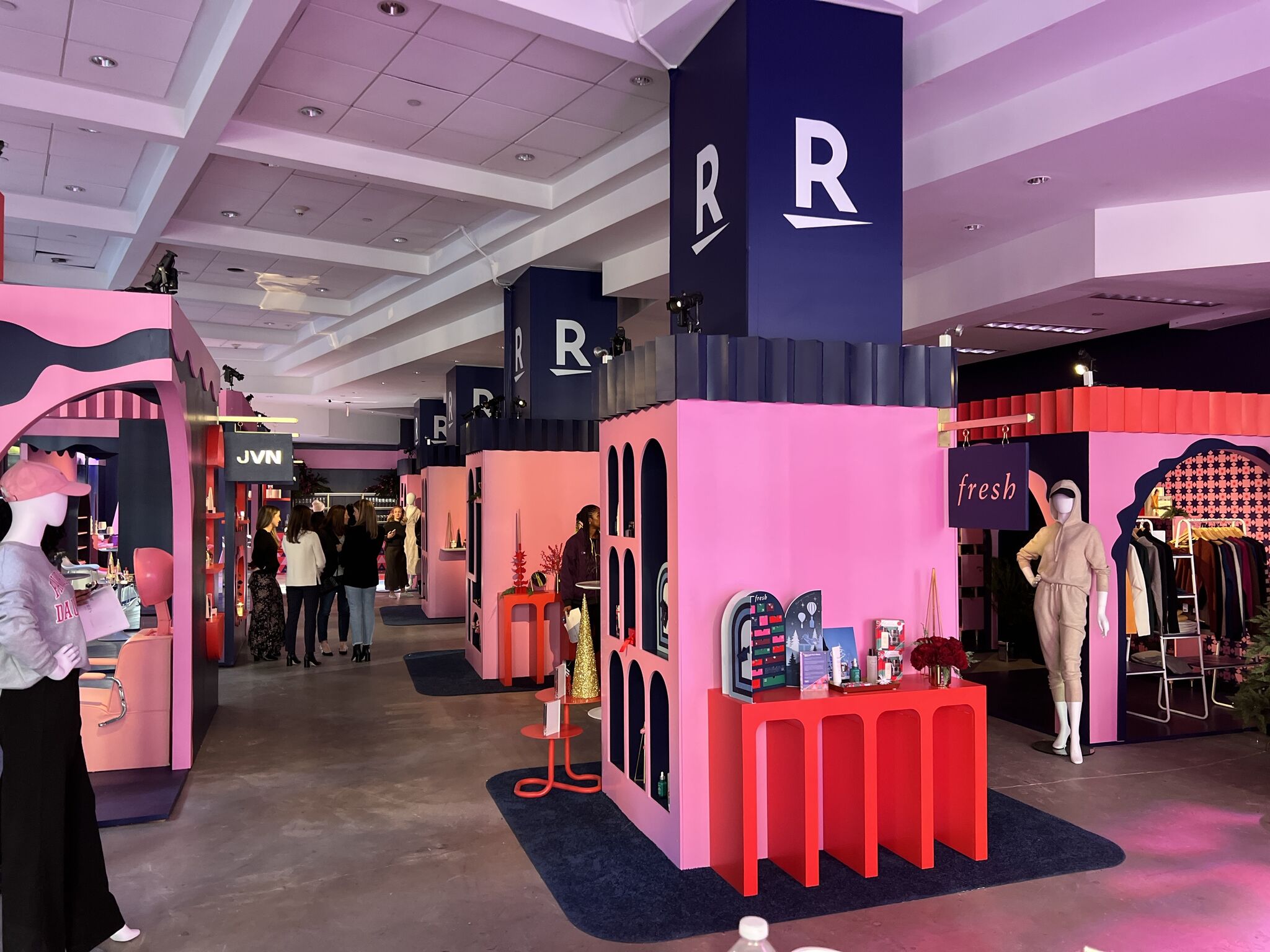 “Consumers have weathered a lot these last couple of holiday seasons — last year with supply chain issues and this year with inflation. Rakuten wanted to inspire shoppers by creating a holiday shopping destination with impactful rewards. We are thrilled to bring our online platform to life in New York City because we know seeing (or experiencing) is believing,” said Vicki McRae, senior VP of Brand, Creative, and Communications at Rakuten Rewards in an official company statement. “Our members have earned billions in Cash Back online, and for the first time, shoppers will be able to earn Cash Back on the spot at the pop-up, making Rakuten the most rewarding way to shop this holiday season.” 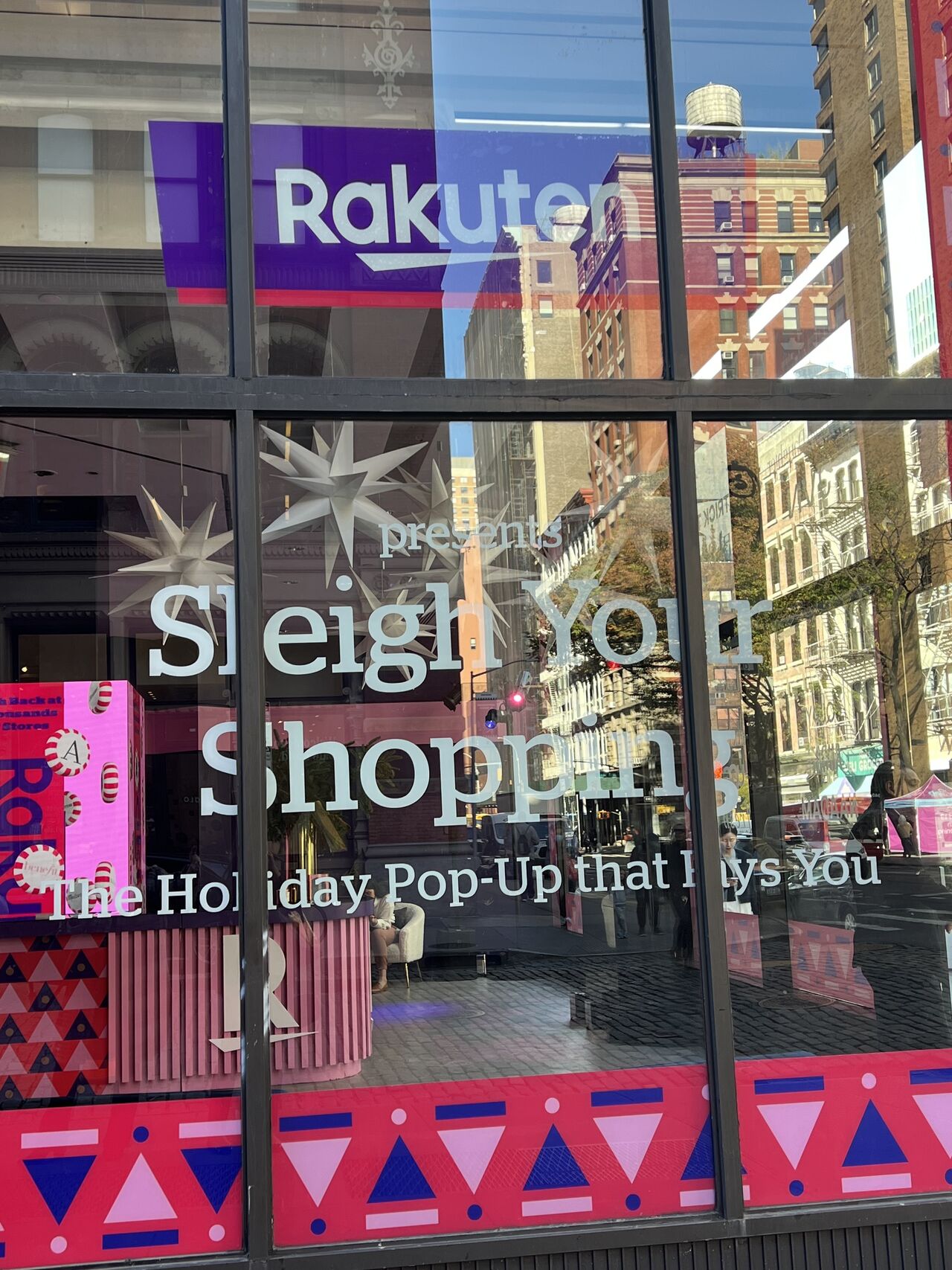 Branding Wide Format Brick & Mortar Store News Press Release dgustavson@napco.com
Channel Sponsors
BRAND United is made possible by the teams and companies who are the driving force behind innovative technologies that allow brand owners and marketers to create a unified customer experience.