By strategically placing print advertisements, brands are able to pull on nearby content to capture readers’ attention. However, there are three key things to keep in mind when determining ad placement: relevancy, prominency, and continuity.

Print ads, like digital ads, depend on context, but it also likely extends to the tone and reliability of the information. Given that most consumers don’t find newspapers to be trustworthy, advertisers have to be very careful with where they place their creatives, making sure they’re gaining a positive halo effect from nearby content. And in magazines, advertisers should also be careful to make sure nearby content is complementing, rather than taking away from, their sales pitches.

To keep readers engaged, brands placed ads opposite relevant editorial content. That made the ads feel like they were part of the publication’s flow, rather than an interruption to it. And by being related to the editorial themes at hand, brands made it more likely that readers would be responsive to the ads.

In September 2020, Verizon drew on reader’s engagement with an ad in Adweek that interacted with the content adjacent to it. The article about a CMO primed readers to be receptive to the CMO theme in the ad creative. Verizon’s name was hidden in the small print of the ad, though, thanks to the typeface and style, it was easily recognizable as a Verizon ad. 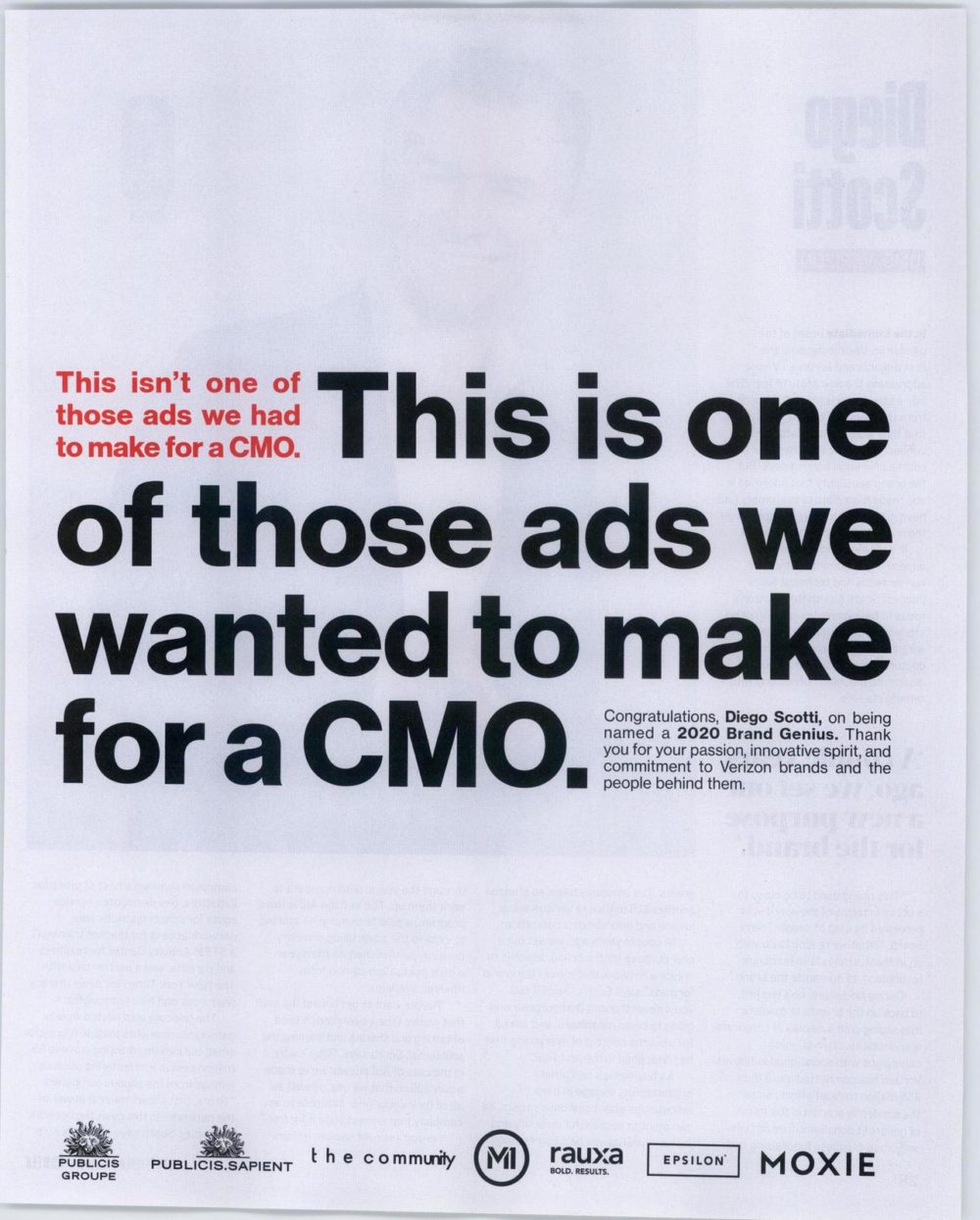 Verizon also ran an ad in the Wall Street Journal in September, but this one was a riskier move, as it ran across from 2020 election news, which could hurt credibility. Credibility is especially important for an ad that claims that Verizon is the most reliable network.

Relevancy can also be reflected in the overall theme of the publication, as seen with Dish’s ad found in Outdoor Life in November 2020. Dish promoted Dish Outdoors, a service that would appeal especially to readers of the magazine.

Placing an ad next to a recurring and timely story pulls in readers who habitually go to a specific page. For example, Lunchables shared a spread with a deep dive on the Fast Times at Ridgemont High reunion. The neighboring story will pull eyeballs to the catchy and whimsical Lunchables ad.

Nordstrom bought spreads for its 2020 holiday sales next to The New York Times series Modern Love. The series, which has since spawned a podcast and an Amazon miniseries, has a dedicated readership. This is a wise buy during a sea of Election Week coverage and a rough news cycle.

By placing ads near prime content — like the cover and table of contents — brands make it more likely they’ll be noticed. Sometimes, these ads reinforce the message of a publication or section, and vice-versa.

T-Mobile for Business scored an ad on the back of the Wall Street Journal business section. The ad signaled business as well as the title of the section itself, making it not only useful for T-Mobile but also for the paper, as people flip through the print edition.

Placement next to key areas within a publication, such as the table of contents, can also be beneficial.

Because the table of contents is the roadmap for the entire publication, and because it appears at the beginning of the publication, many readers are bound to engage with it. So an ad placed across from it is, in turn, bound to capture lots of eyeballs.

Another Verizon article, this time in the New York Times Magazine, utilized the back cover and played off of the issue’s theme — tech and design — to reinforce the importance of the message.

In an example from Peacock, a back-cover ad called to mind the company’s digital ads.

The peacock ad on the back of the 7/6/20 issue of New York Magazine looks left, as if gazing back toward the content within the magazine, whereas the digital ad peacock looks right, suggesting forward movement. Both ads ran against entertainment/news, suggesting Peacock was trying to engage with easy wins: people who already consume a lot of content.

In a case from HBO Max, a full-page magazine ad from the brand complemented the brand’s paid Facebook creative, which highlighted the wealth of content on the service.

In print, Verizon ran a more text-heavy version of a digital ad. Although Verizon took advantage of the print reader’s expectation of lots of text to read, it played to web surfers’ short attention span by sticking to the tagline alone. 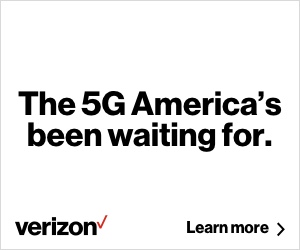 The other page of the print ad called to mind Verizon’s TV creatives, further cementing the brands’ visual consistency across channels.

Citi played with vertical borders to break the visual and copy at an unexpected juncture.

A Single Touchpoint in a Broad Ecosystem

To succeed with ad placement, aim to make each channel’s creatives complement creatives in other channels. Do this either with visual and tonal consistency across channels or with ads that work in harmony together. When you do break consistency, do it for a reason, like breaking expectations to offer the reader something surprising, like the ability to interact with the ad.

Avoiding certain pitfalls is essential. The news cycle moves fast, so you should know each publication’s quality controls to make sure ad placement will be successful. (Co-brand travel cards, for instance, don’t want their ads popping up next to an article about a plane crash). When you can, go for premium placement, which is much more worthwhile than cheap junk buys.

Creative Commercial Magazines Magazines Special Reports Media & Entertainment rachelarndt
Channel Sponsors
BRAND United is made possible by the teams and companies who are the driving force behind innovative technologies that allow brand owners and marketers to create a unified customer experience.